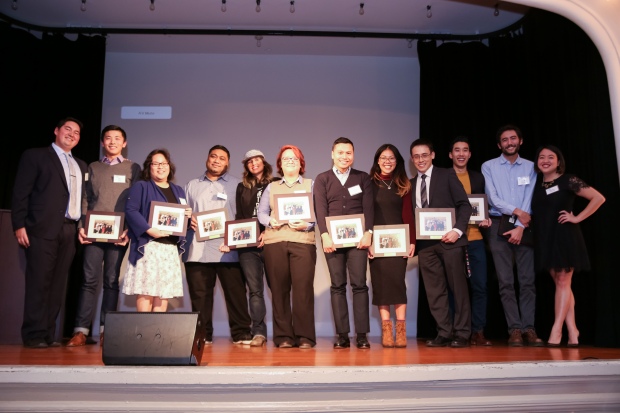 Troy Chen
I was born in Shanghai, China and raised in Phoenix, Arizona. I came to Seattle in 2014 to pursue a bachelor degree in Political Science at the University of Washington. I speak three languages (Mandarin, English, and Spanish) and trying to learn more (French and Korean). I had the opportunity to study abroad in Spain for 3 months in 2016 and would love to travel to more places around the world. Recently returned from interning for the Washington State Senate in Olympia, I would love to return to Olympia after graduation to advocate for immigrant and minority rights. In my free time, I enjoy hiking, running, reading, and trying different food around the city.

Brandon Hadi
Brandon is a second-generation Indonesian-Thai American. A recent graduate from the University of Washington, Brandon had his sights on the medical field his entire life. However, various experiences – studying in Australia, exploring Buddhism, and the loss of a dear friend – dramatically transformed his world view, motivating him to refine his life’s purpose. Brandon is passionate about social change and examining various avenues to spread awareness, promote equity, and cultivate compassion. He is a mental health columnist for the International Examiner and researcher at the University of Washington. He loves spending time with friends and family, eating sushi or drinking bubble tea, practicing yoga, and listening to the Bruce Lee podcast.

Joseph Lachman
Joseph Shoji Lachman was born and raised in Seattle, and finished his B.A. at Yale University in History of Science, Medicine, and Public Health in 2015. He is fourth/fifth generation half-Japanese, and speaks Chinese and Japanese. Joseph’s Great Grandfather Reverend Gennosuke Shoji founded St. Peter’s Episcopal Parish in 1923, and his Great Uncle Sam Tasuku Shoji was a leader in the movement for redress and reparations from the U.S. government for wartime incarceration. Their work has inspired him to take a more active role in the local Japanese American community.

Joseph’s current work focuses primarily on promoting and protecting Asian and Asian-American culture, and he is also passionate about civil rights and human rights. His writing on Asian American history regularly appears in the International Examiner, Huffington Post blog, and Angry Asian Man blog. He also has started taking on a variety of speaking engagements to promote activism among API youth to form inter-community solidarity. During the day, Joseph manages donor relations for the Council on American Islamic Relations a nonprofit dedicated to protecting the civil liberties of American Muslims in Washington State.
Although he has only recently joined as a board member, Joseph has already been working with the Seattle JACL Civil Rights Committee to take on a variety of local civil rights issues. He looks forward to increasing his involvement and making greater contributions towards the local community with his official approval for board membership.

Phoenix Leapai
Phoenix Leapai is Samoan-American, born and raised in Washington. With a passion for youth advocacy and serving in urban communities, Phoenix had his start in youth work at the YWCA with the Youth Opportunity program.  As his understanding grew in youth and community development, so did his desire to serve in community leadership.  Combining his passions with a strong connection to his faith, Phoenix took on a position at Seattle’s Union Gospel Mission in White Center as a Music Director and Instructor for middle and high school students.  In 2013, he co-founded The Trackademics Project, as a music production and artist development youth program, which gave platform for young people to express their voices through music and live performance.  Phoenix continues to pursue his call to serve his community and to grow in leadership.

June Liu
June is dedicated to living life fully by spreading love and joy. She believes solidarity and resiliency must not come at the expense of death, loss, or grief; instead, through tiny gestures that speak volumes. By day, she is mobilizing CID tenants by analyzing downstream policies impacting the neighborhood, with Eastern Café’s dirty soy London fog latte in hand. By night, she drinks shameful amounts of wine and binge watching on outdated TV shows. In her spare time, you can find her at an aerial studio, gym, or Elliot Bay Bookstore and pondering how else to use her MPA degree. She has mastered surviving Seattle’s gloominess, the art of boozy brunches, and abbreviating just about every word.

David Lundberg
David Lundberg is a Japanese American who was born in the US and moved to Japan when he was 12 years old. After spending seven years in Japan, he moved to the US to pursue his undergraduate degrees in Political Science and French at California Lutheran University. He then served in Peace Corps Mongolia before he enrolled in the University of Washington’s Evans School of Public Policy and Governance. His studies focused on applied social statistics in program and policy analysis and David aims to apply this work in underserved communities. He is currently working as a caseworker at the Seattle Housing Authority and has spent time researching for land rights organizations in Seattle. Outside of work, David enjoys hanging out and finding restaurants around the Yesler Terrace community and attending community events.

Thanh Nguyen
Thanh P. Nguyen is a Vietnamese-Chinese American, who grew up in Los Angeles and later moved to Seattle. After earning a Bachelor of Arts in Sociology at the University of Washington, she took time off to travel, volunteer, and work on her screenwriting craft. She co-produced and co-wrote a quirky short film titled, Support Group. The film premiered at the Asians on Film Festival. With a long history of volunteering and community involvement, Thanh fulfilled a goal to further give back to the community by participating in AmeriCorps VISTA, serving her term at the King County Bar Association’s Housing Justice Project. Her service year fueled and cemented her passion advocating for housing rights and housing stability. She deeply feels that housing is not an option, but a right that each individual should be provided. Experiencing housing instability herself, Thanh also has a personal investment in ensuring housing equality. In her leisure time, Thanh enjoys black & white photography, writing, board games, badminton, indoor rock climbing, and trying out new foods.

Kris Oshiro
Kris Oshiro was born and raised in Guam. She moved to Seattle and attended Seattle University as a first generation Asian-American and college student. At 2014, she graduated with a Bachelor’s in Psychology with minors in Chemistry and Philosophy. She is currently engaged in a research project at Seattle Children’s Research Institute investigating bilingual children with Autism Spectrum Disorders (ASD). She interviewed the parents of bilingual children with ASD about their choices regarding their child’s language development and how these choices impacted their family relationship and dynamic. She aspires to become a physician-scientist researching mechanisms and developing therapies targeting neurodegenerative diseases and disorders. In addition to her clinical work, she hopes to advice and innovate policies to better incorporate the biopsychosocial approach to wellness for better patient outcomes.

Canh Tran
Canh Tran is a first-year graduate student at the UW School of Social Work. He is currently completing his first year practicum at the Vietnamese Friendship Association where he works in the Jobs Training Program with recent Vietnamese immigrant youth. His ultimate goal is to work with the diverse immigrant/refugee populations and to provide culturally relevant mental health services in a collaborative and ethical manner. He is passionate about: social and economic justice, photography, storytelling, traveling, and leadership development.