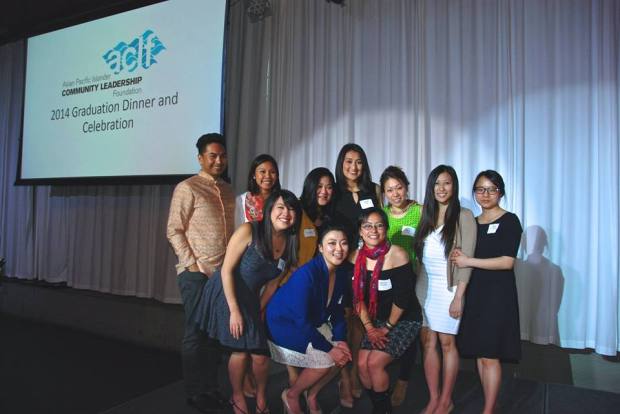 Raul Alicdan is a Filipino-American, born in the Philippines and raised in Guam. He moved to Seattle for school and majored in International Business and Spanish, before going into marketing and finance. He realized he wanted to join the social service sector and worked with the Medic One Foundation and Powerful Voices before earning his Masters in Public Administration. Upon graduation, Raul joined the Northwest Immigrant Rights Project, a legal aid organization that helps low-income immigrants. Raul volunteers for the Community Health Plan of WA, Powerful Voices, the American Red Cross, in his spare time and supports organizations that promote youth empowerment and social justice. In his spare time, Raul likes to hang out with his partner and friends on Capitol Hill for underground electronic music shows and good food.

Leigh-Anne Chung is Korean American and a Federal Way native. After attending the University of Washington she received her B.A. in American Ethnic Studies with a focus on Asian Americans, and a minor in Human Rights. After graduation, she served as an Interpretive Lead for The Wing Luke Museum of the Asian Pacific Experience, informing and learning more about the community she studied. She now works for InterIm CDA, a nonprofit focused on community housing development. Even now, you can find Leigh-Anne in the International District running errands and giving neighborhood tours to visitors interested in its historic roots. In her spare time she enjoys listening to the same song on repeat, hot yoga and catching up with family and friends.

Halley Cody was born in South Korea and brought to the United States at 3 months, where she grew up in Seattle. Halley participated in traditional Korean dance in addition to being a serious violin student; playing with the Seattle Youth Symphony and the Seattle Chamber Music Society. After majoring in Anthropology and Political Science at Bryn Mawr College in Pennsylvania, she moved back to Seattle to work for a post-production house specializing in audio and video. She has since transitioned into work at a large law firm. Halley is very passionate about issues concerning feminism, social justice and politics, and plans to pursue these interests at the Evans School of Public Affairs at the University of Washington in the future.

Hien Dang is Vietnamese-American and has lived in or around Seattle her entire life. She attended the University of Washington and earned a BA in both Geography and Community, Environment and Planning. She interned at the Chinatown-International District Business Improvement Area and has since moved to the Alliance for Pioneer Square where she works to revitalize Seattle’s historic Pioneer Square neighborhood. Hien’s expertise lies in digital communications, using social media, website design, and traditional marketing to connect the public to unique assets of the community. She is also active with the Friends of Little Saigon as a part of the Celebrate Little Saigon planning committee.

Liz Dang is Vietnamese-American, born and raised in Seattle. She graduated from the University of Washington with a Bachelor’s degree in Women Studies. Liz values her fluency in the Vietnamese language, as this is a large part of her upbringing. Liz is a passionate advocate and has worked to support women and children who were victims of domestic violence. She currently works for Seattle Goodwill as the Administrative Assistant to the Vice President of the Job Training and Education Programs. She wishes to deepen her community involvement by supporting social justice and enjoys making greeting cards, cooking, and snuggling with her dog, Christmas in her spare time.

Mikhaila Gonzales was born and raised in New York City but visits family in The Philippines regularly to maintain strong family ties. She studied and traveled in parts of China, Southeast Asia, Africa and Central America while studying International Development and Social Change at Clark University in Massachusetts, and Environmental Science and Policy in graduate school. At Save Habitat and Diversity of Wetlands in Renton, Mikhaila learned the ins-and-outs of grassroots non-profit management– volunteer management, outreach, fundraising and program development. An environmental educator at heart, she is passionate about resource conservation and loves her neighborhood, baking, gardening and hiking.

Veasna Hoy was born in Cambodia, raised in Olympia and earned her bachelor’s degree in Political Science from Pacific Lutheran University. She studied Asia Pacific Studies as a graduate student and later worked as a university instructor and cabinet assistant for the Royal Government in Cambodia. Veasna previously worked at the Commission on Asian Pacific American Affairs and now works as a mental health counselor at Southwest Youth and Family Services. She is a contributor to the Washington State AAPI Voices in Education Initiative, the Wing Luke Museum of the Asian Pacific American Experience and volunteers for the Road Map Project to improve student achievement and college readiness in South King County and South Seattle. On her free time, she enjoys hiking, reading, and lounging around in her, ‘I heart White Center’ t-shirt.

Noriko Inafuku was born in Okinawa, Japan and moved to Seattle at the age of six with her family. She received her bachelor’s degrees in Sociology and Psychology from the University of Washington in 2007. Noriko has been part of the Okinawa Kenjin Club of Washington State since childhood and enjoys serving the Japanese community in her spare time. She also enjoys watching Japanese drama and variety shows, karaoke, and eating out izakaya style.

Xue Ma was born in Guangdong, China. She immigrated with her family to Seattle at the age of nine and as the first person in her family to graduate from college, she is paving the way for her two younger siblings to pursue higher education. She holds a Bachelor’s degree in Business Administration from the University of Washington and ended up staying as a Financial Analyst in the Advancement Office. She enjoys traveling, crocheting, and watching TV dramas in her free time. She has studied in Vietnam, Paris, and South Africa and hopes to visit all seven continents before she turns 35. She also plans on obtaining her MBA in the near future.